First 100 days of president Trump: like a drunk stumbling down a highway

First 100 days of president Trump: like a drunk stumbling down a highway

The first impression of the first 100 days of Donald Trump’s presidency begins with a question: has it really only been 100 days?

There’s been such a frenzy of activity by this preternaturally distractible US president that it seems hard to believe he has only been in office since late January. Trump has been a godsend to journalism. Newspaper subscriptions and online page views are up, and audiences are rushing back to cable news channels, all to see what Trump and his team will do next.

It’s a bit like seeing a drunk staggering blindly down a busy highway – you know something very bad is going to happen, but you can’t stop yourself from looking. Or maybe it’s more like watching a hostage video, which you know is heading towards a horrific ending, but you simply cannot turn away.

Will Trump really launch an attack on North Korea that might unleash a nuclear war in Asia? Will the Syrian bombing lead to a new American intervention in the Middle East? Did the US really just launch a trade war with Canada over yogurt and cheese? Will the Senate investigating committee really unearth evidence that Trump’s advisors were colluding with Vladimir Putin to sabotage Hillary Clinton’s presidential campaign? 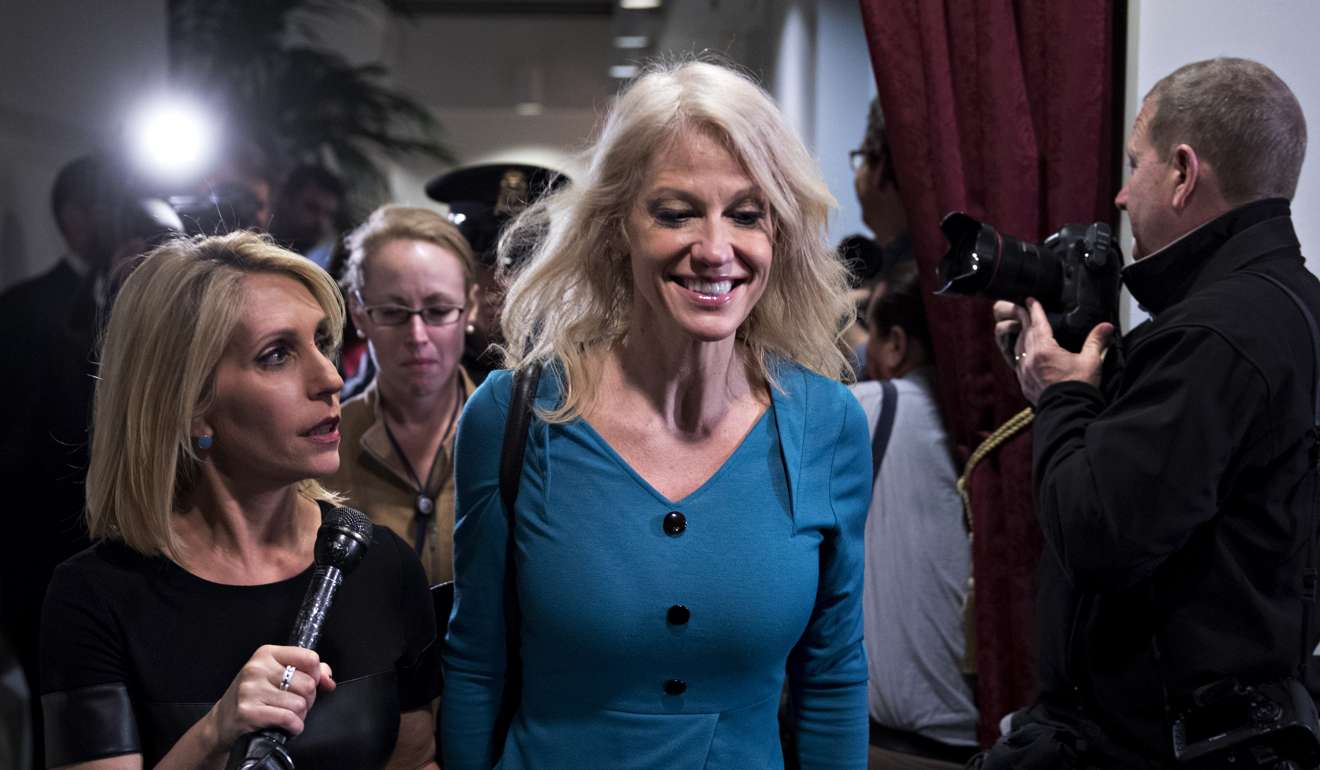 Did Sean Spicer really just say that Hitler never used chemical weapons? And was that Kellyanne Conway on television hocking Ivanka Trump’s jewellery and fashion line? And what, precisely, are “alternative facts”?

So much has transpired that after “No Drama Obama”, it seems that crazy is the new normal in the White House, just like orange is the new black.

Seriously, how much more of this news sensory overload can we take?

But there is some good news. For all of this peripatetic activity out of the Trump White House, most of it has been merely illusory, the appearance of motion – all sound and fury, and thankfully without much substance.

There is no Muslim travel ban, since the Trump executive order has been held up by successive federal courts. 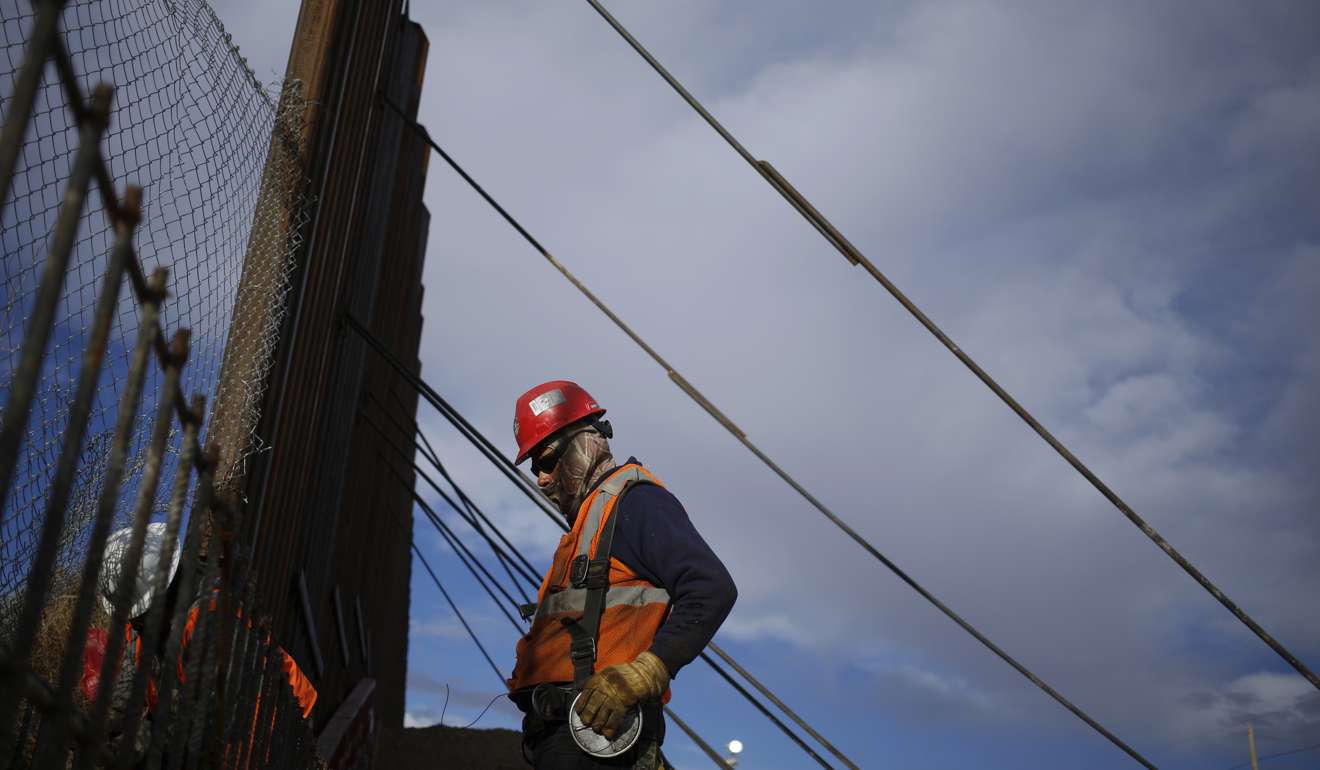 Contractors work on a new section of a border fence that separates the United States and Mexico in Sunland Park, New Mexico. Efforts by the Trump administration to move forward on a massive border wall have hit roadblocks in Congress. Photo: Bloomberg

There is no wall on the southern border with Mexico, because the Mexicans won’t pay for it, like Trump promised, and Congress seems unlikely to approve American tax dollars to build it.

There has been no repeal of the health-care plan known as “Obamacare” because the Republican Congress, once in power, suddenly realised that “repeal and replace” worked well as a campaign slogan but not as a national health policy.

There has been no US withdrawal from the Paris climate change agreement. Apparently Trump’s White House aides are at war with themselves over whether global warming is really a myth or a scientific reality, and science appears to be winning.

On foreign policy, there has been no ripping up of the Iran nuclear deal, no severing of the new diplomatic ties with Cuba, no downgrading of relations with the North Atlantic Treaty Organisation, and no move of the American embassy in Israel from Tel Aviv to Jerusalem. And last we checked, the US military said it had no intention to bring back torture.

Asia, in particular, can breathe a bit easier, at least after these first 100 days of Trump. 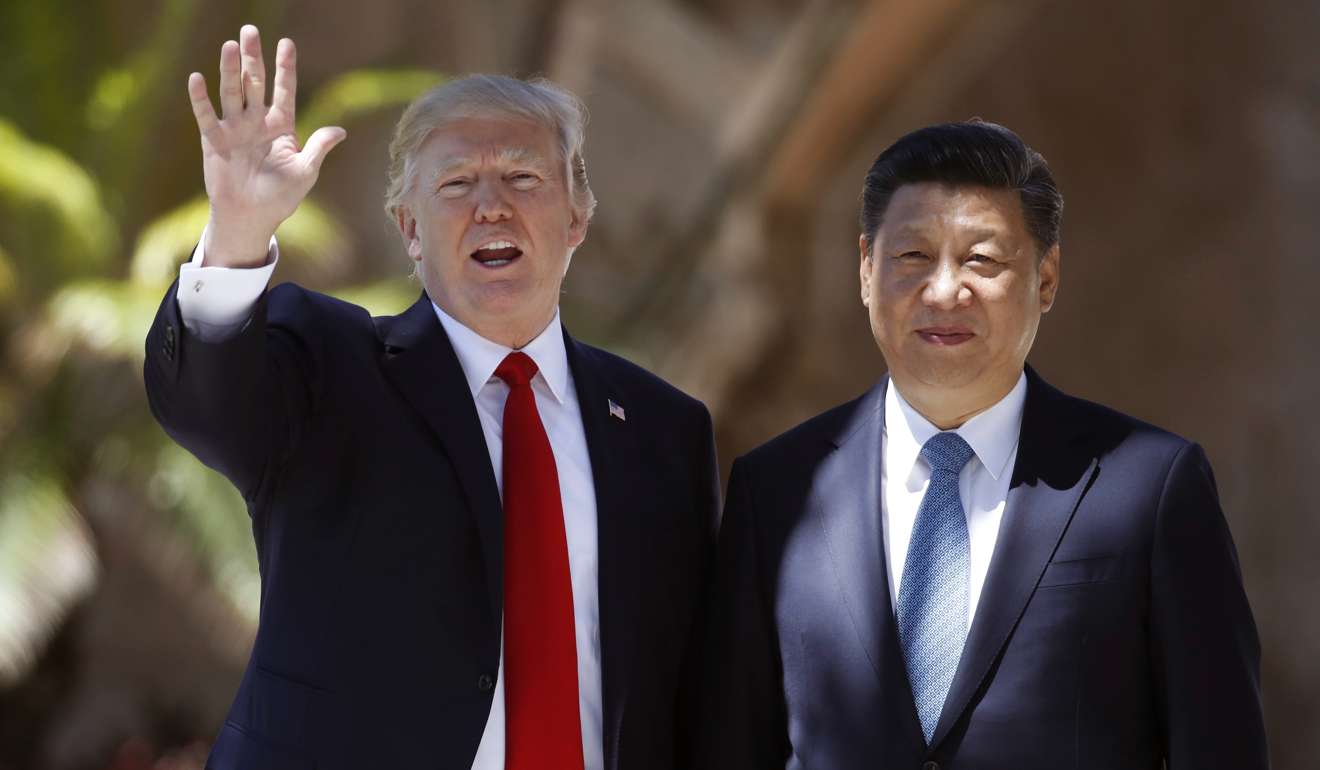 There has been no pullout of American military bases from South Korea and Japan, despite Trump’s campaign bluster to make the two Asian “freeloaders” pay more for their own protection. There has been no attempt to label China a “currency manipulator”, perhaps after Trump realised that Beijing has already been allowing the renminbi to appreciate. There’s been no shift in the longstanding “one-China” policy, no trade war and no 40 per cent tariff on Chinese goods.

Instead, Trump is talking regularly with Chinese President Xi Jinping (習近平) about ramping up pressure on North Korea through – surprise – tightened sanctions, and possibly heightened diplomacy involving the other parties in the region, South Korea and Japan.

So what we are left with is a dichotomy. On the one hand, this is a presidency that looks frenetically unbalanced, zigzagging from one topic to the next, and from one crisis to another, depending on that morning’s pre-dawn Twitter outburst. But beneath the surface craziness, and particularly on foreign policy, there is a remarkable consistency developing that follows the broad pattern of past administrations. Reaffirm old alliances. Work with China. Honour longstanding treaties and international agreements. Tread cautiously when confronting adversaries. 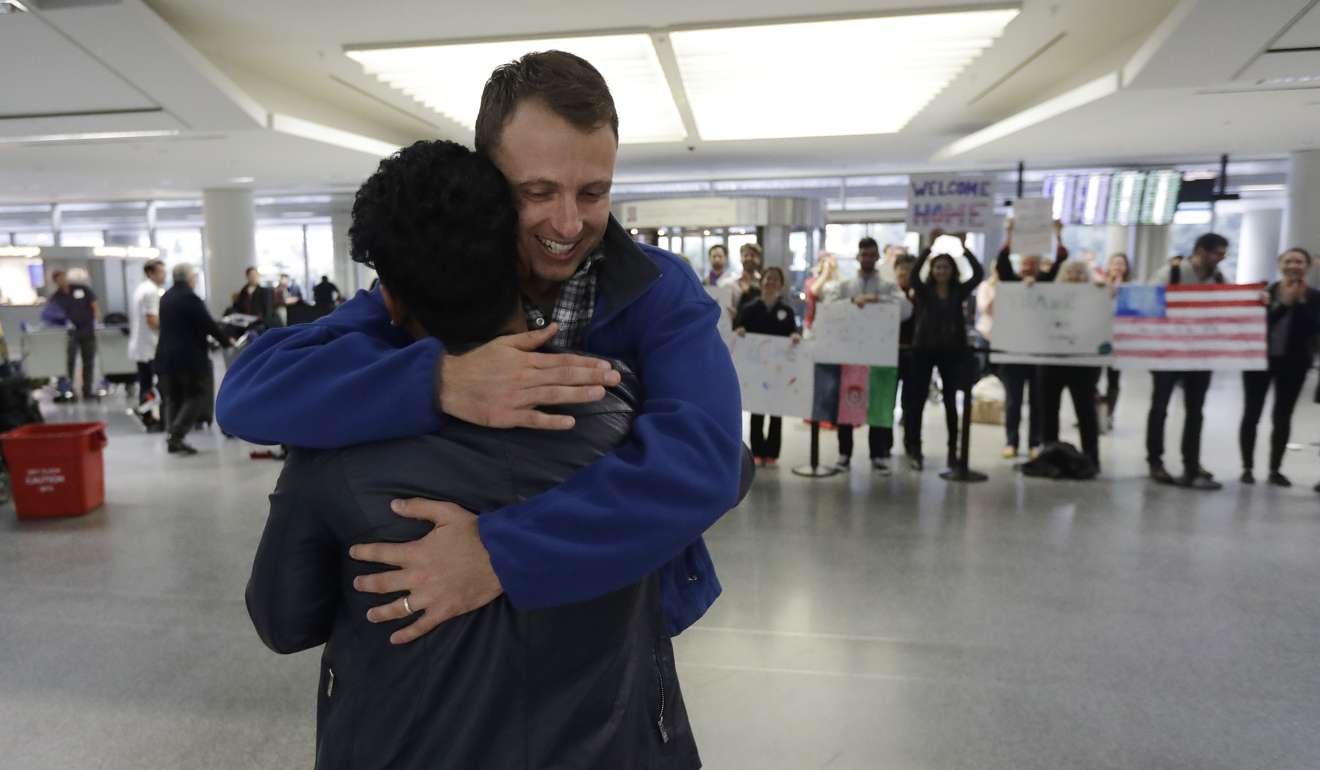 Army Capt. Matthew Ball hugs his former interpreter Qismat Amin, as Amin arrives from Afghanistan at San Francisco International Airport. Ball welcomed Amin to the United States after buying him a plane ticket to ensure he would get in quickly amid concerns the Trump administration might expand its travel ban to Afghanistan. Photo: AP

When Franklin Delano Roosevelt first coined the “100 days” marker for a presidency, he had a lot to crow about. In early 1933, Congress had passed the initial planks of his New Deal, including a bank rescue, a new civilian jobs corps, an industry recovery act and the Tennessee Valley Authority which brought dams and hydroelectricity to the Tennessee Valley region.

Can Trump do anything to stop a war with North Korea?

But that was back when Congress could actually pass big legislation. Now partisan gridlock has made the US legislature so dysfunctional that funding the government and keeping the lights turned on counts as a legislative achievement.

I used to bemoan the dysfunction. Now I see it as a useful check on an erratic, some would say unhinged, executive in the Oval Office. Maybe legislative paralysis is precisely what the Founders intended.

One hundred days is still early in an administration that might last for four, even eight years. There is still a lot of damage that can be done. But I’m less worried now than I was on election night last year. Dare I say it? President Trump – in actions if not in words, by accident as much as design – is actually starting to seem remarkably normal.